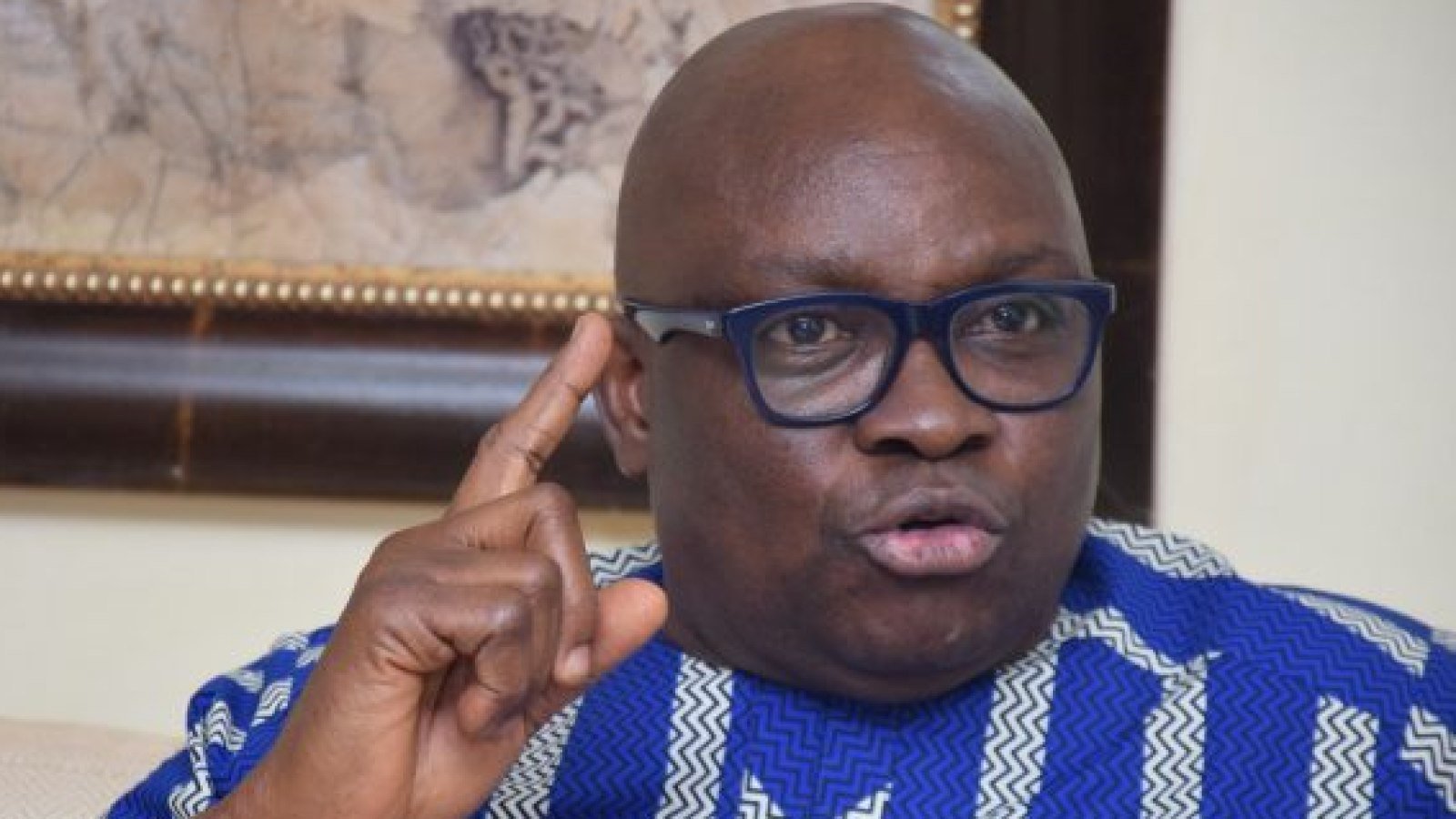 Former Governor of Ekiti State, Ayodele Fayose has said the powerful cabal in the Muhammadu Buhari-led administration are plotting to give Asiwaju Bola Ahmed Tinubu the MKO Abiola treatment.

In an open letter to Tinubu on Monday, the PDP chieftain said it was obvious that Tinubu was swimming against the tide.

Fayose stated that the national leader of the APC needs to proceed with extreme caution.

“Going by the handwritings that are now clearly on the wall, if I may consider sir, I see you as one that may be swimming against the political tide of the cabal in your party. They are equally preparing for your actions and reactions and are fully set to contain same as they did to both Awolowo and Abiola,” he said.

Speaking further, Fayose noted that Tinubu’s empire – which comprised almost all the six South-West governors and ministers as well as Vice-President Yemi Osinbajo – had been balkanised.

He said the responses to the Abeokuta outburst by some of Tinubu’s allies in the North and the South were something the former Lagos State governor must worry about.

Fayose added, “Unfortunately, your kingdom has been badly balkanised if what happened in Abeokuta is anything to go by. The book of Proverbs 22 verse 3 reads, ‘Sensible people will see trouble coming and avoid it but unthinking people will walk into it’.” 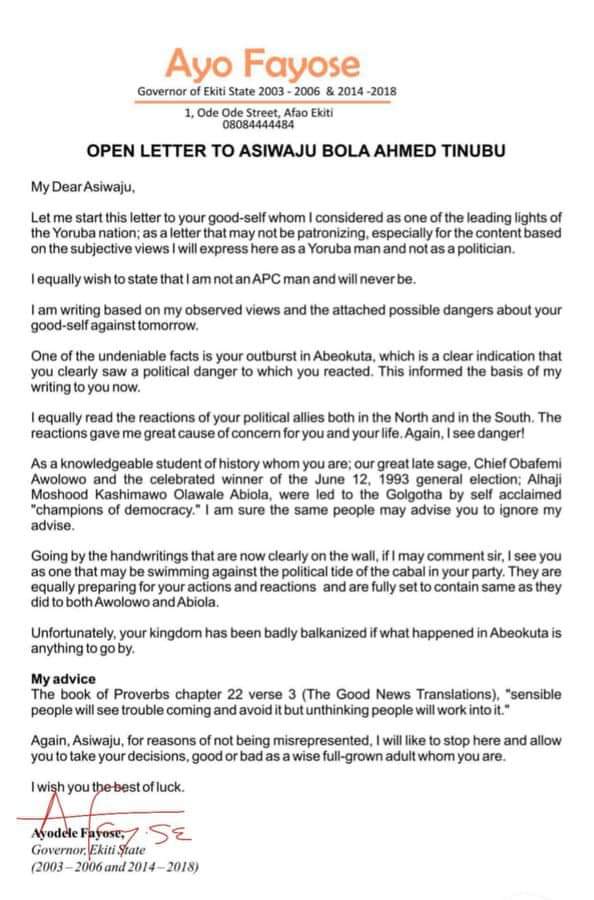 Recall that MKO Abiola, who was the acclaimed winner of the June 12, 1993, Presidential election, was denied victory after the result was controversially annulled.

Abiola was eventually detained by the military government after declaring himself President. He died four years later.

Why Abdullahi Adamu Should Resign As APC National Chairman -Editorial