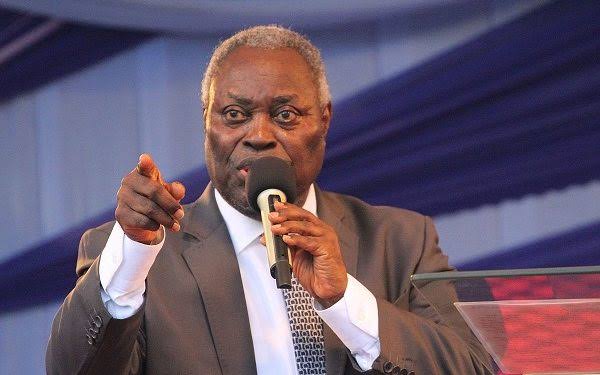 It was gathered that Kumuyi cancelled the crusade due to security concerns in the South-East geopolitical zone.

The crusade was scheduled to hold in Aba from May 24 to May 29, 2022 but the proscribed Indigenous People of Biafra told the 80-year-old cleric not to go ahead with the crusade.

An official of the Global Crusade With Kumuyi confirmed the cancellation of the Aba crusade in a telephone chat with The PUNCH on Saturday, and noted that a new venue would be announced for the crusade.

Also, the Chairman of the crusade’s organising team, Pastor James Akpofure, corroborated the development in a statement on Saturday,

“As there are currently some security challenges at the intended alpha location (Aba, Abia State, Nigeria), the Global Crusade Convener, Pastor (Dr) W.F. Kumuyi commiserates with our people in Abia State and will be praying along for God’s Divine Intervention,” Akpofure said.

Earlier on Thursday, IPOB’s Media and Publicity Secretary, Emma Powerful, had asked Kumuyi to consider the insecurity in the South East and not proceed with the crusade.

“Let him (Kumuyi) and the organisers of the crusade make sure that nothing happens. The security of this region is not good because of political and criminal activities. We, therefore, advise him to stop this crusade for security reasons.

“IPOB will not allow anyone to die because of this crusade scheduled to hold in Aba. The probability of criminals operating as unknown gunmen infiltrating the crusade is high and they will blame it on IPOB,” Powerful had said in a statement.

The Christian Association of Nigeria had backed Kumuyi and urged IPOB to allow the holiness preacher proceed with his crusade.

However, the octogenarian heeded IPOB’s warning and cancelled the Aba crusade on Saturday.

In his statement titled, ‘Celebrating One Year of Global Evangelisation (Global Crusade with Kumuyi)’, Akpofure said Kumuyi would keep praying for God’s divine intervention for the insecurity bedevilling the South-East geopolitical zone.

The South-East zone has recorded massive killings and deadly attacks by gunmen in the past one year. Hundreds of civilians, politicians and security agents have been gruesomely murdered by rampaging marauders parading themselves as ‘unknown gunmen’. Also, government facilities including local government secretariats, police stations and offices of the Independent National Electoral Commission have been burnt by the vicious criminals.

Kumuyi’s crusade was not the first to be cancelled in recent times. Last week, the General Overseer of the Redeemed Christian Church of God, Pastor Enoch Adeboye, also cancelled his crusades in Sokoto and Bauchi states following the brutal murder of a Christian student, Deborah Yakubu, for alleged blasphemy against Prophet Muhammed.

The two states have been tension-soaked in the past few days, even as fresh violence erupted in Bauchi today over alleged blasphemy.