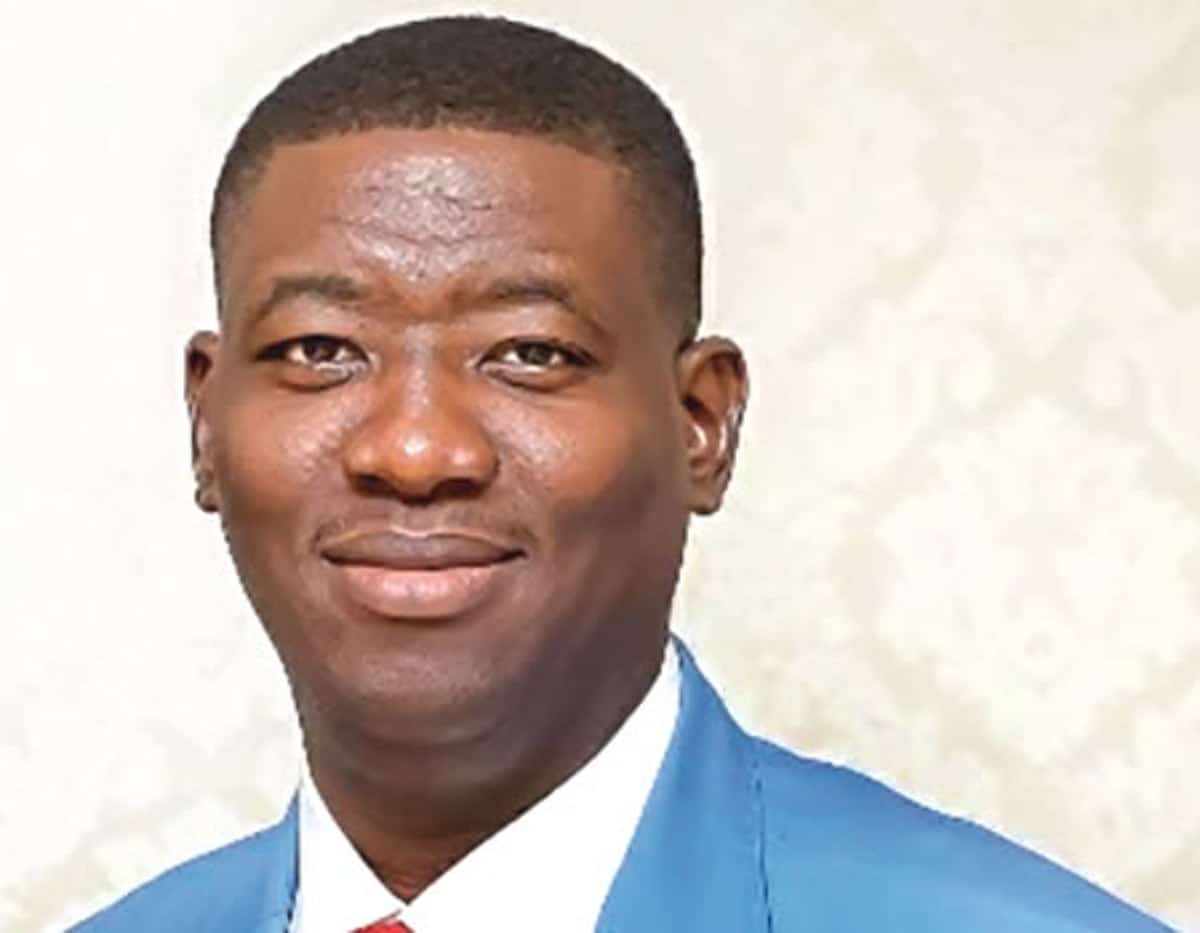 Leke Adeboye, son and Senior Personal Assistant to the General Overseer of the Redeemed Christian Church of God, Pastor Enoch Adeboye was made to face a panel on Wednesday.

Despite calling some pastors of the church goats, SaharaReporters, however, learnt that Leke was not punished, but only asked to desist from making such comments in the future.

Leke, some days ago, said pastors who preached after his father’s sermon on Sunday are goats.

On Sunday, Adeboye had rued oil theft in the country, warning that Nigeria might go bankrupt if the trend was not checked.

According to him, over 90 per cent of Nigeria’s revenue from crude oil sales is used to furnish interest accruing on debt.

However, after the Thanksgiving service, some pastors reportedly shared their own messages after Adeboye had delivered his sermon.

His sermon was expected to be the only sermon for that Sunday as all pastors were expected to connect to the National Headquarters where the General Overseer would deliver his.

“Why would you go and preach another sermon after Daddy GO (General Overseer) had just finished speaking and preaching? You are not a son, you are a goat sir. Next Thanksgiving service, just do altar call, then Thanksgiving,” he wrote.

His outburst had attracted public outrage, with many criticising him for making such comments.

On Wednesday, SaharaReporters learnt that Leke was made to stand before a three-man panel, which included his father-in-law, and was asked never to repeat such again after he had vehemently and arrogantly said he would not apologise for the insulting comments made against senior pastors of the church.

SaharaReporters learnt from sources that despite the glaring arrogance displayed by Leke before the panel, he was not punished.

“Leke Adeboye was made to face a panel today (Wednesday) for insulting pastors and calling them goats. The three-man panel, unfortunately, did not punish him or ask him to apologise,” one of the sources said.

“One of the members of the panel is his father-in-law,’ another source noted.

“He arrogantly told off the panel that he cannot apologise. And what did they do? They only told him to not repeat it again.”

Adeboye’s sermon to his congregation during a thanksgiving service on Sunday in which he lamented the ugly economic and security situation in the country, immediately became a major subject of public discourse

“Who is stealing the oil? Where is the money going? What do they want to do with the money? Who are the foreign nations buying this stolen oil? How many of these nations of the world are your friends?” he had asked.

Adeboye had also raised concerns over the country’s economic future, warning that Nigeria’s debt to service revenue ratio might pose danger for decades.

According to him, over 90 per cent of Nigeria’s revenue from crude oil sales is used to furnish interest accruing on debt.

However, some pastors reportedly shared their own messages after Adeboye had delivered his sermon.