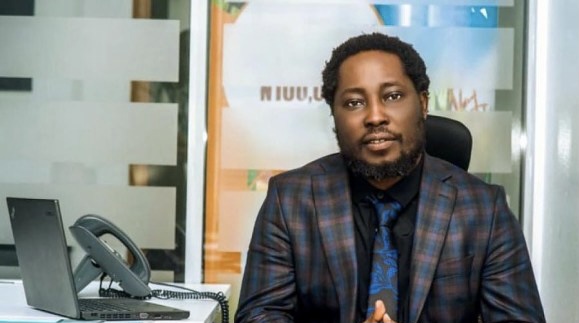 Harrison Osemwengie, the founder of HO Corn, has been declared wanted by Interpol for multibillion-naira investment fraud.

This is from a warrant of arrest issued from the Central Crimes Registry.

“A warrant of arrest has been issued by the chief magistrate court Lagos. He is wanted by the police for the offence of obtaining money under false pretence and investment fraud and threat to life,” the special police bulletin said.

Mr Osemwengie was featured on Channels Television in February 2020, where he talked about his firm’s offer of a 50 per cent return on investment (ROI) after six months to anyone willing to take advantage of it.

People subscribed in droves to the farm after the appearance. Multiple reports noted that investors were encouraged to invest in the digital farm after. However, no promised ROI was paid.

Foundation for Investigative Journalism spoke with an investor who said Mr Osemwengie would be able to afford the outrageous returns.

“I remember the presenter asking Osemwengie if he was sure his company would be able to pay the agreed 50 per cent ROI and tell the public that the business was well insured in the event of a disaster,” the investor said.

The report also added that Mr Osemwengie’s company would send photographs of farms that did not belong to them to investors.

In July 2020, investors began to complain about non-payment of promised ROIs, raising doubts about the company’s authenticity.

“When this happened, HO Corn quickly issued a statement blaming the pandemic and the lockdown for its inability to make payment. It, however, promised that by August, investors would get their money,” another investor told FIJ.

Despite mentioning that the company had 30,000 acres of farmland in Ofiki, near Iseyin in Oyo, it was established in December 2020 by curious investors that the land being used as a cornfield by the company was not as big as claimed.