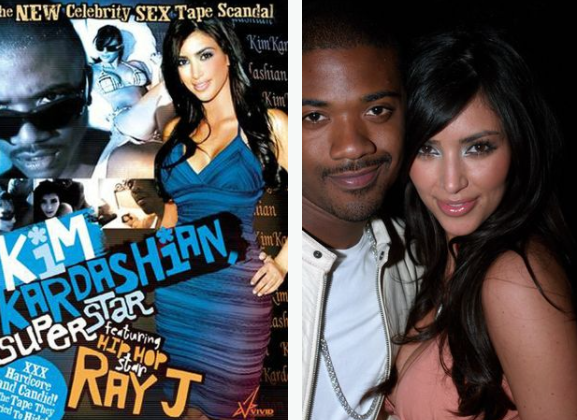 Kim Kardashian has hit back at claims that she made another – as yet unreleased – sex tape with her ex Ray J.

The 40-year-old famously appeared in a s.e.x tape with her then-boyfriend and has spoken openly about it many times.

Some people have claimed that the tape is the reason Kim and her family landed their reality show Keeping Up With The Kardashians and became rich and famous.

And now, there are claims that a second tape exists.

The claims were made by Wack 100, a big name executive in the American hip hop industry, whose real name is Cash Jones.

But Kim has rubbished the suggestions through her lawyer Marty Singer, who told TMZ : “The claim that there is an unreleased s.e.x tape is unequivocally false. It is unfortunate that people make these statements to try and get their 15 minutes of fame.”

Wack 100 had claimed existence of a “part two” of the s.e.x tape during an appearance on The Bootleg Kev podcast this week, and he prompted Kim’s estranged husband Kanye West to get in touch with him about it.

He said: “All I know is this, Kanye, holler at me bro, we got part two on the laptop, ain’t never been seen. We’d love for you to have it, it would be a great personal, private NFT [Non-fungible token], you know what I’m saying?”

When asked to clarify if he was saying there’s another Kim and Ray J s.e.x tape that has never been seen, Wack 100 said yes and claimed it was “longer” and “more graphic” than the first one.

And when asked if it would ever see the light of day, Wack said: “I mean, me personally, I would never give it to anyone but Kanye, because that’s the mother of his children, and there’s a lot of people who would try to reach for that.”

And while he insists he would hand it to Kanye out of respect, he makes no suggestion that he would give the tape to Kim herself.
Host Bootleg Kev also asks how Ray J feels about the alleged tape, and Wack says he wouldn’t put it out himself either as he’s a father now too.

Meanwhile, Kim and Kanye are in the midst of a divorce.

She filed last year after almost seven years of marriage and after welcoming four kids together.