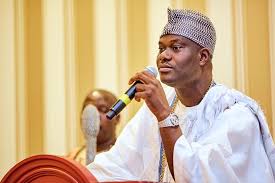 Best way to address agitations is through dialogue ………. not force – Ooni tells  FG

Ooni of Ife, Adeyeye Ogunwusi, has asked the federal government to dialogue with those agitating for secession.

In recent times, calls for secession have heightened, especially in the south-east and south-west regions of the country, with agitators alleging that their regions have been unfairly treated by the federal government.

Speaking in an interview with PUNCH, the monarch said there is a need for a debate to discuss the corporate existence of the country.

“The best bet for us is to have one country, but when people are feeling otherwise, there must be reasons they are agitating. Fifteen to 20 years ago, was it like that? When Yoruba people were in power, were there agitations?” he asked.

“There must be reasons and we all know the reason has to do with banditry and insecurity. Even in the north, some people are also kicking. What is important now is for us to adequately separate the grain from the chaff. I am not going to blame the agitators.

“There must be a reason they are agitating. I will suggest we talk to them; let’s bring them on board, deliberate with them. Let’s debate. It is very important for us to debate and debate on our corporate existence, for things to be right.

“It is very critical. For me, that is my own approach. Even when you go to war, at the end of the day, you must sit down to negotiate. So, why not have the roundtable discussion now? Why not go through that route? Why must you go through hot agitation and try to destroy things? The best approach has always been the peaceful approach.”

Speaking on youths leaving the country, the monarch said there must be national rebranding to sell the hope of a better Nigeria to the youths.

“What we need is hope and hope all the way. This is a key ingredient and that is what we should keep selling to our youths for them to know that there is light at the end of the tunnel.”