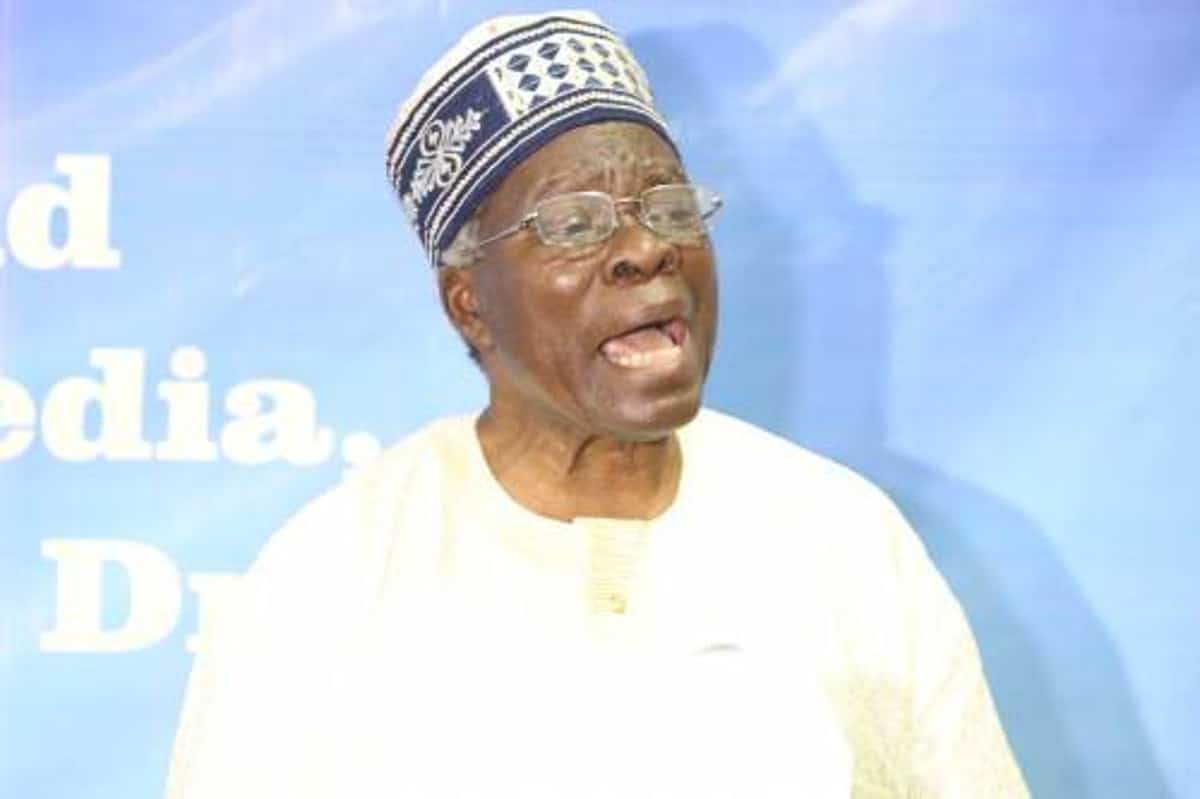 The global leader of the Ilana Omo Oodua, the apex body for Yoruba Nation Agitation, Prof Banji Akintoye, has allegedly constituted a team to lobby Yoruba professionals and elites to back the 2023 aspiration of former Lagos State Governor and All Progressives Congress (APC) Presidential Candidate, Bola Tinubu.

The agenda is being funded by a South-West APC Governor, according to multiple sources.

The Committee, tagged Elite Mobilisation Initiative (EMI), is headed by an Ado-Ekiti based popular Medical Doctor, Adebayo Orire.
Orire, a Chieftain of the APC and former Governorship Aspirant, is the current Chairman of Ekiti-State Chapter of Tinubu Support Group (TSG) and a close associate of Tinubu.

Inaugurating the EMI team few days ago in Cotonou, Republic of Benin where he is based, Akintoye charged Orire to ensure that all professional elites in Yoruba Land were brought into the self-determination struggle.
However, a source close to the development told SaharaReporters that the real agenda of EMI was to mobilise the Yoruba old and professional elites to counter Afenifere who already sided with Peter Obi, the Presidential Candidate of the Labour Party.

The source also revealed that Akintoye never consulted anyone in the leadership of Ilana Omo Oodua before taking the decision to appoint Orire and inaugurate EMI in Cotonou because he knew the agenda was going to be dead on arrival.
“Sensing that he was on his own and members of Ilana Omo Oodua would never buy into the idea of endorsing Tinubu for President, Akintoye has now told some people that EMI is not an initiative of Ilana Omo Oodua but that of a Diaspora Group known as YSM,” the source hinted.

“Akintoye, a Senator in Nigeria’s Second Republic under the Unity Party of Nigeria (UPN), is the Chairman of Advisory Council of the group.
“The real agenda of EMI is to ensure that Tinubu wins 2023 Presidential election with a wide margin in Yoruba land. It is just to counter Afenifere who has endorsed Peter Obi for President. The agenda of EMI is to be funded by a South West Governor who is like a son to Akintoye.

“EMI is just to be masquerading as a self-determination lobby group but when the time comes, the group will start canvassing for a Plan B, stressing why the political space should not be left alone and why a Yoruba Man as Nigerian President would help the Yoruba people to negotiate their way out of Nigeria which is a Scam and gimmick.
“Every Intelligent person watching the body movement and utterances of Akintoye would know that he was recruited to force the Fulani Elites to concede the APC Presidential Ticket to Yoruba Land, an assignment which he has delivered. The Fulani can never allow Yoruba people leave Nigeria because of their business interests.

“The next agenda now is to ensure that Tinubu triumphs next year and Bayo Orire, a strong ally of Tinubu and a respected figure among the home-grown old professionals was drafted in. Orire is from Ekiti State like Akintoye.
“Akintoye took the decision unilaterally without consulting anyone because he knew he would never have his ways. Akintoye had this mind-set that the Yoruba Nation Agitation is built-around his personality without knowing that the struggle has outgrown him”, the source said.

When contacted, the Communications Secretary of Ilana Omo Oodua Worldwide, Maxwell Adeleye, did not respond to calls and messages sent to his phone has not been replied as at the time of filing this report.