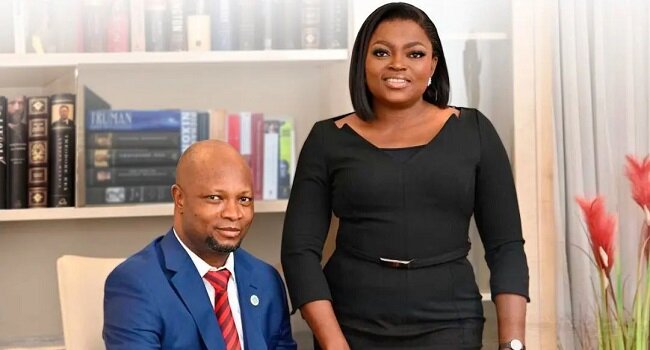 Funke Akindele Bello has officially been accepted by her father’s people as she stormed, Ikorodu, Lagos state, for her official unveiling as the deputy governor to the gubernatorial candidate of the Peoples Democratic Party, Azeez Olajide Adediran, also known as Jandor. 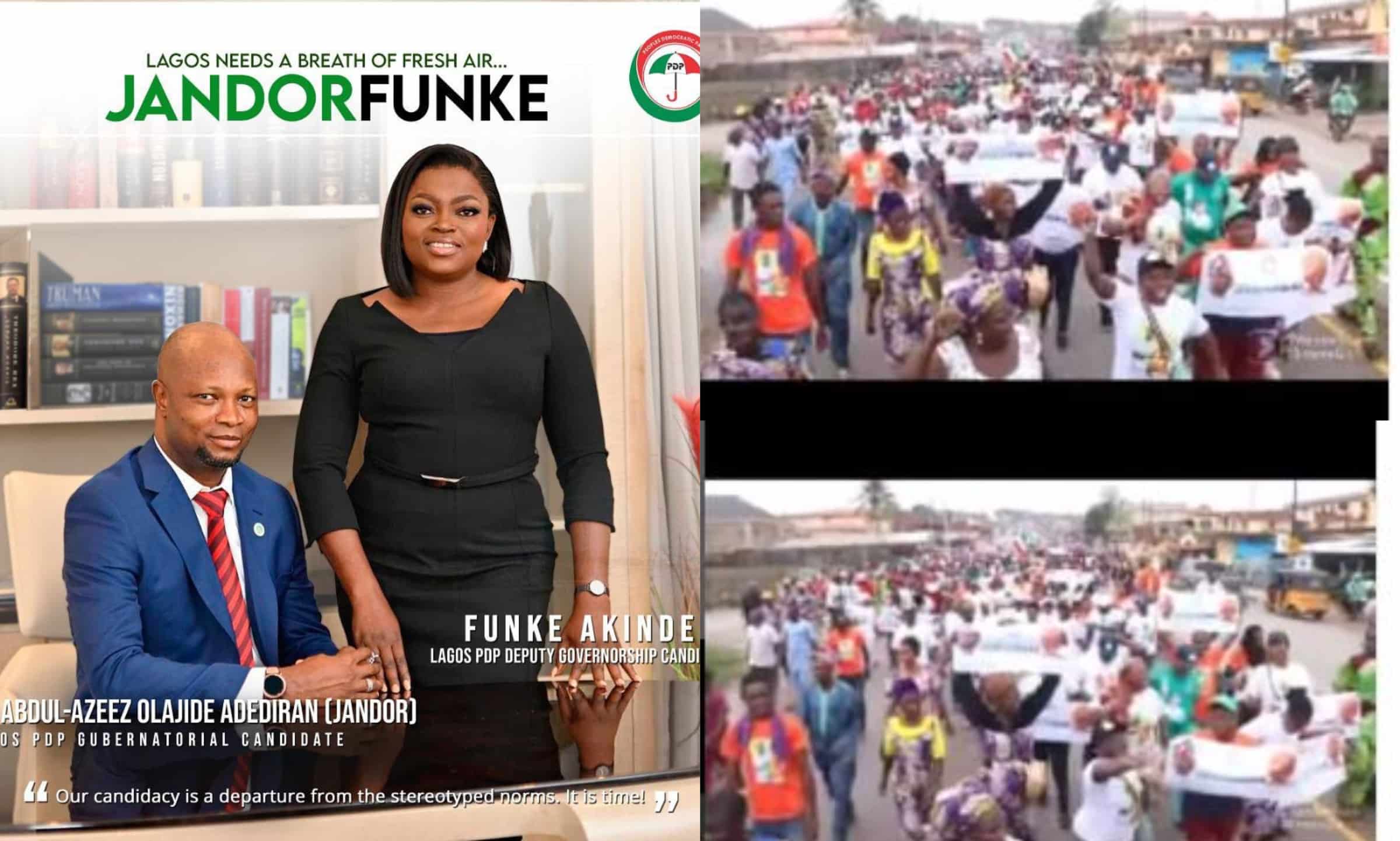 The “Omo Ghetto the Saga” actress shared a three minutes video on her Instagram page to declare her intention to accept the offer as a deputy governorship candidate.

Funke Akindele disclosed that she is ready to pay the price of embracing politics which will temporarily hold her career in the Nollywood industry.

Sharing a new video on Instagram, Funke Akindele captured the massive crowd of Lagosians who stormed Ikorodu to watch her being unveiled officially by the party.

The delighted crowd stormed the streets to shower their support for Funke Akindele and Olajide Jandor ahead of the 2023 general elections.

Funke Akindele, happy about the turn-up, wrote on Instagram: We were welcomed with warmth and joy in Ikorodu, my father-land as Dr Azeez Olajide Adediran #Jandor officially unveiled me as the PDP Deputy Governorship Candidate of Lagos State.

The Editor Nigeria recalls that the Jenifa’s Diary crooner was nominated alongside four others as deputy governors for the Peoples Democratic Party gubernatorial candidate for the upcoming Lagos State elections.

Peter Obi Was The Sponsor Of ENDSARS – Lai Mohammed