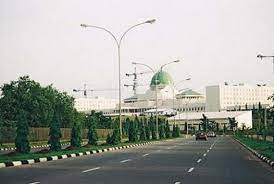 Ahead of 2023 presidential election, North Central politicians have been charged to wake up before it is too late. A group, under the aegis of North Central Patriot (NCP), made this call on Friday in Abuja. The group, which emphasized that the region has not produce president since the inception of democracy in the country in 1999, pointed out that it is time the region takes its destiny into its hands.

The group, in a statement by its President, Bitrus Paul, said that it is better to start early to agitate for the number one position, than to wake up late. NCP commended the former President of the Senate, Bukola Saraki, whose presidential campaign posters were reported flooded the Federal Capital Territory (FCT), Abuja in the past few days, noting that this is the way to go.

The group, specifically asked the former President of the Senate, David Mark, Jeremiah Useni and other political heavy weight from the zone to come out and indicate interest of running for the position.

NCP said this is the time for the region to unite and present a formidable common front, so that other regions will know that they are serious and also that they are not push over. READ ALSO: 2023: North canâ€™t be threatened into submitting to separatist agenda â€” NEF Recall that the group had earlier before now urged politicians from the region to come together and fight for this position as 2023 has given another opportunity for such agitation.

Also recall that NCP had said that North Central doesnâ€™t lack quality leaders, who can hold positions, gives directive and lead the nation from all fronts, adding, â€œenough is enough, this is the time for the zone to produce the President. Other zones have had a stint in that position, the zone also need to taste it.

The era of playing the second fiddle is over, North Central need to lead the affairs of this nation.â€ NCP said that the region has kept quiet too long, but added that all hope is not lost, as 2023 is another great opportunity to realize the dream of the North Central. The group said: â€œIt is time for the region to wake up from this deep slumber if they will achieve anything in the forthcoming presidential election.

All hands must be on deck and every politicians that matters in the zone should come out now and strategize on how to achieve this ambition.â€