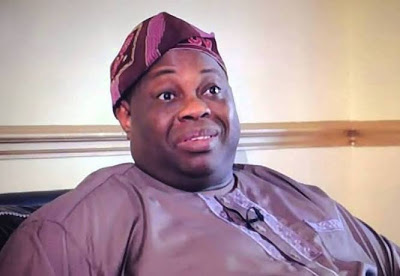 The 2023 general elections might take a dramatic turn as Netizens continue to have mixed reactions to celebrities who have endorsed various candidates.

At the centre of attraction is Nollywood veteran actress, Joke Silva who publicly endorsed the All Progressive Congress(APC), presidential candidate, Bola Ahmed Tinubu.

This online medium had reported that Joke Silva was among the celebrities who came out enmass to campaign for Bola Tinubu and his vice Kasim Shettima at at Onikan Stadium on Monday, 3rd October.

Netizens however, took to various social media platforms to react to the involvement of the veteran actress in the rally. Others also went on to slam her ailing husband, Olu Jacobs.

Meanwhile, Nigerian journalist and publisher, Chief Dele Momodu took to his Instagram page to share pictures of Joke Silva and her husband as he noted that she has nothing to worry about.

He wrote, “My dearest Sister Ajoke Silva you will always remain our icon… Nothing to worry about….”

Reacting to Momodu’s post, some Netizens noted that she has the right to support her preferred candidate, others slammed Momodu for putting her up for drags.

@stanleyco_: If she can stop her husband from acting movies.. Why is she campaigning for Asiwaju? To me she’s one of the problems we have in

@yomihenry: It’s her fundamental right to support whoever she wants to. Ema lule laslas nii

@habbyola: Absolutely she is our icon! Right to choice is a fundamental human right!

@blessed: But why did she off her comment section..an icon always support with full chest .if truly she believe she is doing the right thing…

@ifeanyi.emmanuelugwu: Oga you people should not make a case out it she has the right to support whoever she wants abeg una allow this woman rest everybody must not be in one party

@simplelukman: The way these children insulted this women yesterday cos she choose who to support broke my heart… Why Insult a woman who has paid her dues rightly? So sad what politics has turned to..

@fola_falana: This is one of the problem with Peter Obi’s supporters you can’t bully anyone for not supporting your candidate

@bukkyojomu: Her choice! All those dragging her are ones that will still sell their vote on election day.

@dontee: It is very bad people are now
being treated shabbily because of their Political right of choice.. By God’s grace, Peter Obi will be defeated.. We don’t need him and his uncouth supporter’s in our Polity

@otwobaba: A lot of people [email protected] have IG handle thanks for sharing it we are watching you guys in this country one dey na one day

@carlos_el primero: It’s unbelievable that Obi’s supporters are this vitriolic! don’t care who comes into power but people should stop treating this as a matter of life and death. It’s sickening.

@stanonebo85: Want thing with some of you people here is that double standard is killing u people. When P Square brothers supported Peter Obi, u guys especially Lagos indigenes insulted them called them names, asking them to leave Lagos, bullied them went as far as going to their village to take picture of their late father old duplex. Nobody saw that as been unfair. Whoever should come for justice must come with clean hands. Double standard everywhere. People acting as if they are been victimized nonsense.

@omoolamubo: Yes ooo support whoever with ur full chest maami open comments section EPE wa nle,we go curse there generations they are forming saints as if their candidates has not been part of the system for long…las las IG go commot Naija

@omobababk: She is and will always remain an Icon. Anyone that cannot deal with the beauty of choice which is guaranteed in Democracy should stop following her in peace. Enough of all the cyber bullying in the name of supporting a particular candidate.
Use your PVC when the time comes and stop harassing people for not aligning with your choice.

@adeola_kola:wonder why some people are trolling her. She has a right to vote for who she wants just like they have theirs. Kilode

@owelle_chima: You people are the same. You are in PDP but your mind is in APC because of Asiwaju.

@bayupumping: People should be confident about their choice without being bullied.

@kings_lifestyl: Posting this by itself is ridiculous. Why are you fanning the flame to inferno?

Why Tinubu Won’t Find It Difficult To Rule Nigeria – Igbokwe