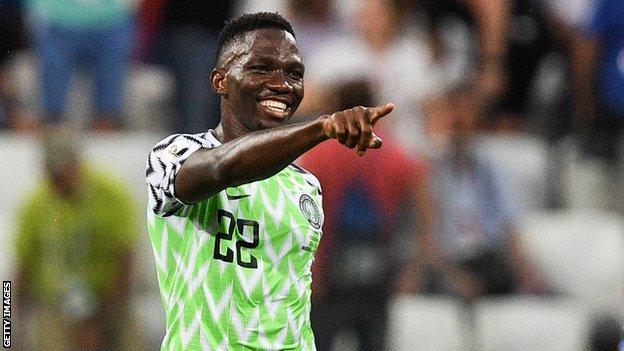 Kenneth Omeruotrains separately to the rest of his Nigerian teammates on Wednesday as they begin preparations for their second Group D clash against Sudan.

The Super Eagles opened their campaign at the 2021 Africa Cup of Nations with a 1-0 win against seven times champions Egypt on Tuesday.

Omeruo was replaced in the second half of the encounter by West Brom’s Semi Ajayi after picking up an injury.

The Leganes defender trained separately to the rest of the group during Wednesday’s training session at the VSTS-ANNEX, Roumde Adija Stadium, Garoua.

It remains to be seen whether Omeruo will be available to head coach Austine Eguavoen for selection for the game against Sudan on Saturday.